Glancy Nicholls Architects were appointed to deliver a multiple-phased, mixed-use scheme in Wembley Central, to re-develop the area’s existing offering. The first phase of the project incorporated retail space which was sub-divided into nine units, as well as a 14-storey tower consisting of 117 executive apartments.

The second phase of the scheme involved the refurbishment of three floors of open plan office space into 33 one and two-bed executive apartments. The second phase of the scheme, built directly above Wembley Central Station, which remained open and operational during the entire construction phase, comprises retail space at ground level, an 80-bed Travelodge hotel and 38 additional apartments.

This phased scheme has helped act as a catalyst for the regeneration of Wembley High Road, providing luxury apartments, inclusive of affordable housing, as well as leisure space and high-quality retail units to re-vamp the existing 1960s shopping centre.

Image of from GNA Wembley Central

At Glancy Nicholls we pride ourselves on dealing with complex sites, constraints, and existing buildings. Wembley Central encompassed all of these elements. The first phases involved building on top of existing Wembley Central Underground and building a new structure that encapsulated the existing 1960s tower block .

Building over the underground was an intricate process that required significant co-ordination. The new building structure was designed to transfer loads through the existing plaza deck into the existing 80ft concrete piles below the underground station. The building acoustic strategy was designed to accommodate the vibration from the main line station through into the building using acoustic pads.

The second phase involved a multi use building comprising of apartments, retail, hotel, and new station frontage. This carried its own complexities, compounded with maintaining a fully operational station throughout the construction process. 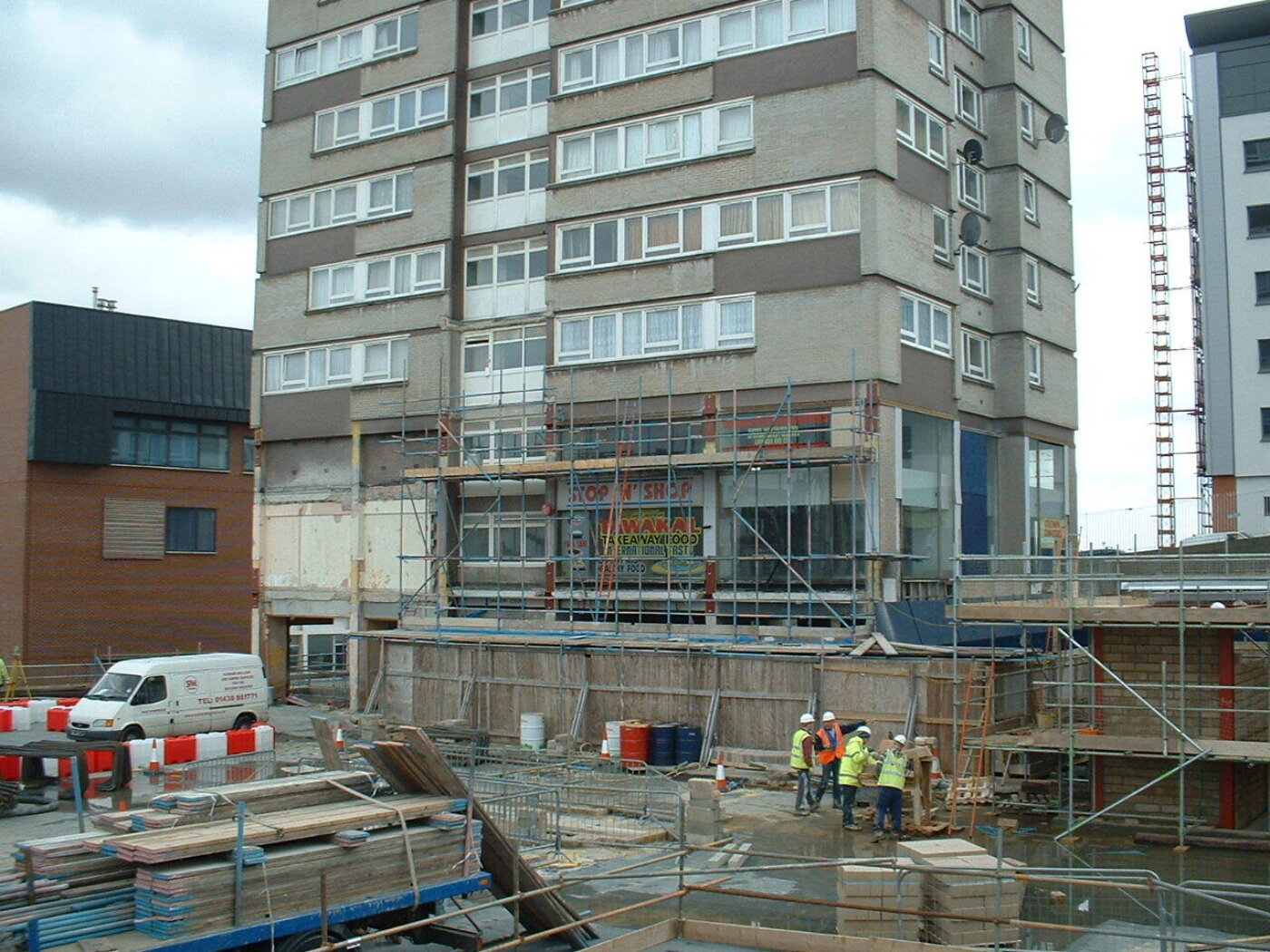