Glancy Nicholls Architects have undertaken the full refurbishment and conversion of Derwent House, a historic Grade II listed building, for Javelin Block. Originally built as a metal pressing factory for Taylor Challen in 1902, it has been in constant use as a metal works factory until it became unsustainable.

Working with Javelin Block, we have undertaken the careful redesign of the internal arrangement to provide 40 new apartments, the majority of which are duplexes benefitting from individual private winter gardens.

The design carefully integrates original features, keeping the heritage of the building at the heart of the design. These include the refurbishment of the original windows, exposed internal steelwork and trusses as well as the integration of original light fittings into the new design.

An early 20th century foundry built by the highly influential manufacturer Taylor and Challen who specialised in producing metal works and a wide variety of machinery for Birmingham’s booming metal trades. Derwent House was originally built circa 1913 and designed by the well-known architects Ewen Harper & Bro. It is an innovative contemporary design influenced by the work of the eminent 20th century German architect and industrial designer Peter Behrens Union Factory Hall in Berlin.

Taylor & Challen were known as makers of presses, which they became world famous for. Founded in Birmingham by Joseph Taylor during 1849 they produced a vast range of products, from simple hand-operated to giant 2000 ton power presses, machines for the stamping of coins, shears, rolling mills and draw-benches, nut and bolt machines and even complete installations to grind, mix and mould gunpowder and manufacture cartridges. The company developed rapidly over a 70-year period, following the common pattern of expansion within the Jewellery Quarter, facilitated by a large pool of skilled labour in the city. Though having exchanged hands the building remained in use as a metalwork factory for over 100 years until 2017 when advances in manufacturing meant it was no longer suitable. 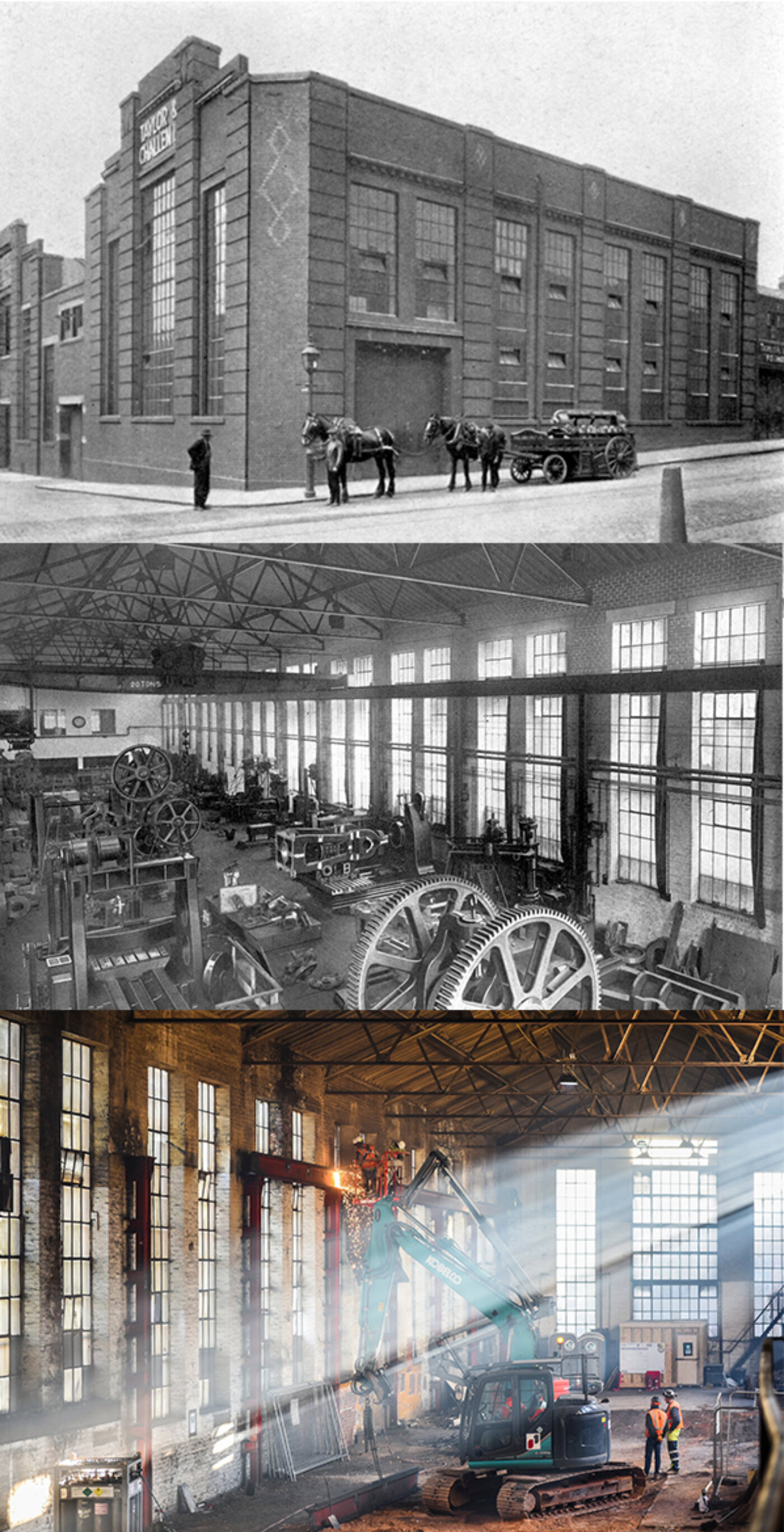