The refurbishment of 12 Calthorpe Road seeks to sensitively convert the existing building, originally designed by John Madin, to provide a vibrant new hotel and student residential development, maximising on the prime location near the city centre and universities. The scheme will provide a 123-bed 4-star hotel, a 244-bed student residence, as well as improvements to the surrounding car parks and hard landscape.

The scheme provides high-quality amenity spaces to both buildings including a new dining pavilion on the re-imagined forecourt, with direct access to Calthorpe Road. The Hotel drop-off area is combined with new landscape features to create a generous public space.

In the classic style of Madin, the building exudes elegance in its form and craftmanship in its material quality. Our approach to maintaining the ethos of Madin’s original design vision was two-fold in designing to complement the existing building and retaining the existing materials where possible, and where this was not possible introducing high quality materials to replace them.

The project is due to start on site in the third quarter of 2022.

John Hardcastle Dalton Madin, 1924 – 2012, made a significant contribution to Birmingham’s recovery in the aftermath of the second world war and continued to change the face of Birmingham for over 30 years. The architect to the Calthorpe estate, who died aged 87, was responsible for the master plan for the redevelopment of the 1,625 acre Calthorpe Estate which transformed the west of the city with new housing and an office strip, before he progressed to build many of the city's most individual offices and public buildings including number 12 Calthorpe Road.

Known for working in the Brutalist style, he made the single biggest impact on architecture in Birmingham in the latter part of the 20th century. He emulated work from global references - especially North American and the work of Mies van der Rohe.

Born in Moseley, Birmingham, the only child of a master builder and cabinetmaker, his interest in architecture began at an early age. He started his career aged 16 in the offices of Herbert Manzoni, a major influence within Birmingham City Council and the driving force behind the Bull Ring Shopping Centre. Entering the Birmingham School of Architecture, a training interrupted by second world war service with the Royal Engineers in Egypt, he went on to establish his own practice in 1950 aged just 26 which grew to become an international company with offices in Switzerland and the US. 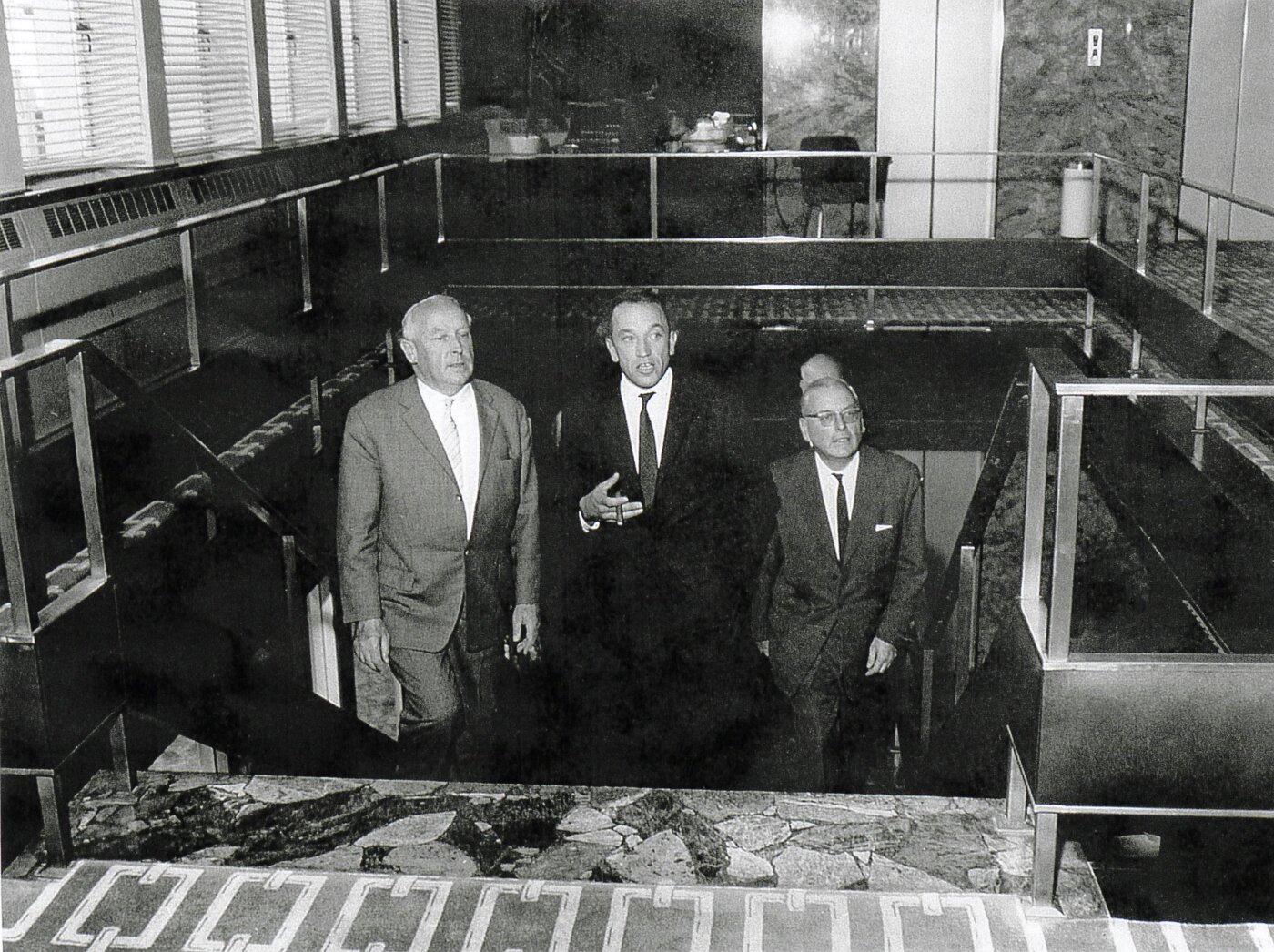